Even the biggest brands make the small but costly mistakes. Four big obstacles to avoid as you grow. 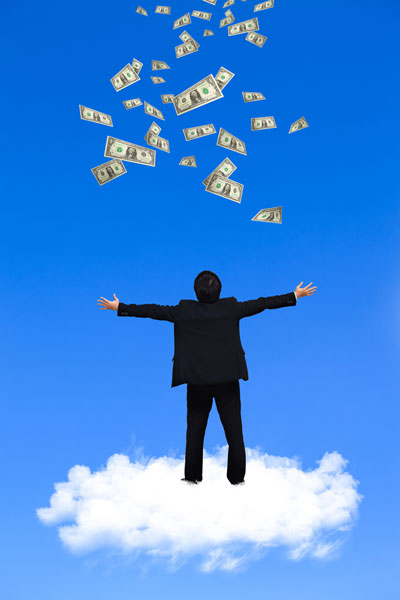 So you think your company is ready to grow? Think you’re all set for soaring revenues and an influx of new customers? Make sure to avoid common mistakes that trip up even the most impressive iconic brands.

Assume you know how the fundamental components of growth will work for your company. That seems like most of the work, right? In fact, figuring out the path and implementation plan is a critical element of success. Insulate your plan by taking the extra steps to include the following safeguard steps in your intensive growth strategy.

Consider Pepsi. Pepsico brings in over $66 billion in revenue. You might think with the scale of their operating base they would have drilled down to the nth degree with their expansion and marketing plans. Yet, when the beverage titan launched in China, they ran with the slogan “Pepsi brings you back to life.” Sounds good right? Not the same in China, as the new Pepsi slogan translated to “Pepsi brings your ancestors back from the grave.”

Pepsi isn’t alone. Consider their competitor Coca-Cola. Coke reported nearly $47 billion in sales in 2013. Much like Pepsi, they possess the scale to bring to bear rich expertise to their expansion and marketing plans. Yet, when Coke launched in China they overlooked the fact that the name they selected sounded like Coca-Cola when pronounced, but the characters used for their product name really meant “Bite the Wax tadpole”. 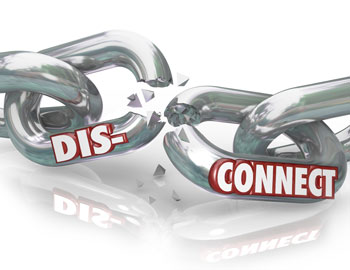 The lesson: always know your market and anticipate the outcomes of a new endeavor.

Have you done the diligence to select the right list? Are you marketing to potential new prospects or existing, loyal customers? Don’t kid yourself, the segment you target with email marketing and the message you send will resonate. So be confident with your message strategy. Consider the experience of the marketing team at The New York Times. In efforts to win back several hundred subscriptions cancelled by otherwise happy customers turned into a nightmare when the discounted deal for return customers was sent to 8 million of their current subscription holders. As a consequence to their blunder, the Times dealt with angry customers that were concerned about security believing their accounts had been hacked, and others were frustrated that customers renewing a cancelled subscriptions were gaining larger discounts than the loyal, current subscriptions. 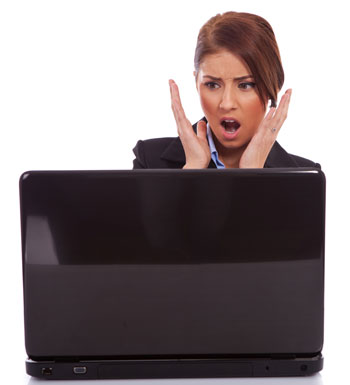 The lesson: match the message to the segment and the segment to the list before you hit send….no matter how big or small your company.

Consider Kenneth Cole’s tweet announcing the launch of their 2011 spring line. The tweet was designed to build on the enormous global attention turned toward the political unrest in Egypt.

Social media hits the individual performer with a company too. Smart people make terrible mistakes and once the mistake is made via social media, you can’t take it back, just apologize. Take Justine Sacco, a former PR executive that posted what she later referred to as a “needless and careless” tweet before leaving for Cape Town, South Africa in 2013. 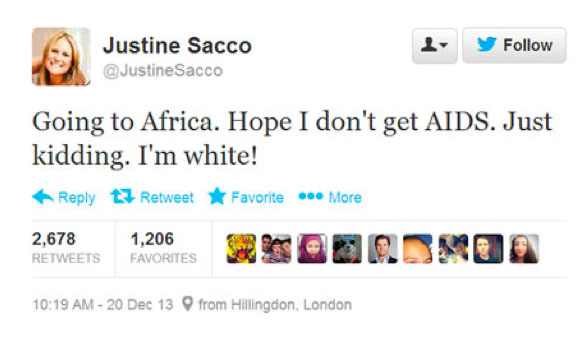 The lesson: respect social media for the global microphone that it is and tweet corporate and personal messages that would make even your own mother proud.

Consider J.C. Penney, the retailer founded in 1902. New CEO Ron Johnson led a campaign to replace existing sales and discount signage with a constant state of savings in what he dubbed “month long savings.” The discounted signs went away and the message campaign that J.C. Penney would price their products low all month, thus no coupon or sale needed, was implemented. Unfortunately, customers didn’t agree that lower costs across the store were better deals than a good old fashion sale. Same-store sales dropped by a third and revenue tumbled by 25%. Regretfully, J.C. Penney was forced to layoff 19,000 employees. Could a simple focus group or split testing have saved the retailer from such a substantial loss? Maybe, maybe not….but it can definitely save your business from the pains of poor pricing and discount strategies. 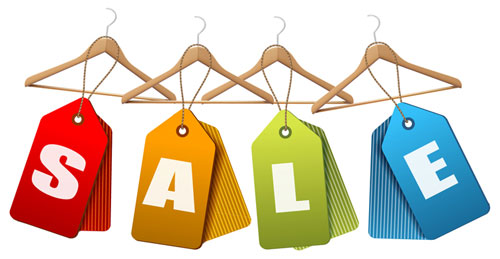 The lesson for this has a number of key takeaways, however the primary lesson is to discount and coupon with a sound plan. The underpinnings of the lesson include:

As noted earlier, growth is elusive. Don’t let your company miss an opportunity to hit the ball out of the park due to obstacles that sneak into the best laid plans.